Anybody who’s familiar with Cuckooland knows that we’re experts in all things quirky and unusual, and one of the many things we specialise in is unusual childrens beds, furniture and decor. One of our biggest categories for interior design is that of children and babies’ bedrooms, and specifically, their beds. Our range offers the very best on the market, and followers of our blog know that we like to reassure customers that we don’t just sell our products in the hope of pocketing their cash – we take pride in knowing our stuff before we put it on the site. We also genuinely care about our customers, and aim to help wherever possible. So with that in mind, we’ve done a bit of research into the science behind just how important sleep is to your children (you can also find some very useful tips on helping the little mites get through the night here).

How much sleep does a child need?

While there are a fair share of Victorian schoolteacher-esque types out there who will be more than happy to dictate to you that a child needs X hours of sleep between Y o’clock and half-past Z, in recent years it’s become the scientifically accepted norm that required sleeping times are different for everyone – which means that if your child is giving or taking an hour or two from the average, then you can relax. Those averages are as follows, as according to a MedicineNet.com article medically reviewed by a doctor: 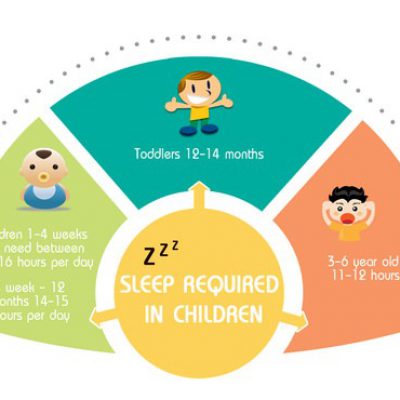 Since the above are just averages, and all kids are different, it can be hard to gauge whether or not your children are getting enough sleep, so we suggest just using these as a rule of thumb! However, there are some “red flags” that you’ll need to keep your eye out for, that signify when a child might not be getting quite enough sleep:

What you can do

If your child isn’t getting enough sleep, then it can mean bigger problems that just a few more tantrums than usual during the day! Low energy and tiredness can quite easily have an effect on performance in school, especially when one considers the effects that a lack of sleep has on memory and general mental capacity. A poor sleeping pattern now can also lead to sleep problems later in life, which can have more serious consequences such as weight gain, weight loss, or even anxiety and depression. Alright, but now that the scary stuff’s out of the way, what can you do to ensure your kids are getting the night’s sleep that they need? Here are a few tips that medical experts tend to recommend:

We hope this article was eye-opening to you (and eye-closing to your kids!), and has given you a bit of insight into the importance of sleep, and just what you can do to improve your child’s bedtime routine (not to mention your own)! If you’d like to see more on what we have to say about bedtimes, check our “7 Steps to a Tantrum-Free Bedtime”, approved by Stephanie Hartselle, sleep disorder MD at Hasbro Children’s Hospital in the States!

Our sleep experts are always on standby to answer any questions you may have – simply call us on +44 (0) 1305 231231 Mon-Fri 9-6pm or email customerservice@cuckooland.com and our super friendly team will reply immediately.

With more than 8 years’ experience in providing advice and support to parents looking for their perfect kids bed, mother of 2, Nathalie Davis is passionate about helping children develop. In her role as Director of Product Procurement at Cuckooland, Nathalie has helped thousands of parents improve their children’s sleep and sleeping habits through the beds and mattresses she sources and the articles she writes. In her spare time she teaches her Golden Retriever to be a responsible vegetarian and is often spotted sifting through clothes at her local Charity Shops.

Getting Those Summer Babies To Slumberland

Our Research Has Found The Perfect Christmas Lullaby

7 Benefits of Choosing a Toddler Bed